Africa map quiz for kids with fun questions about countries, capitals and landforms of the African continent. 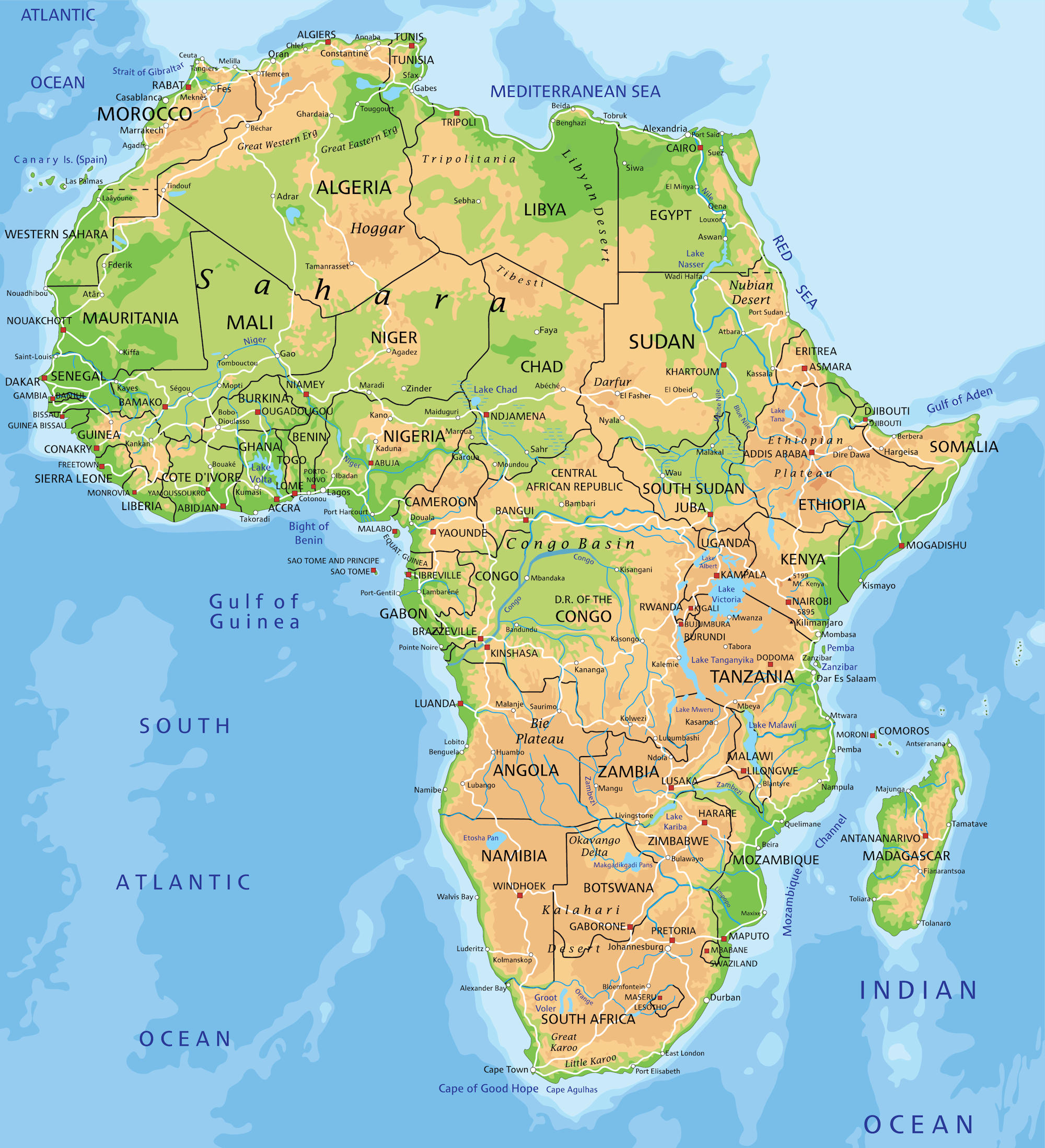 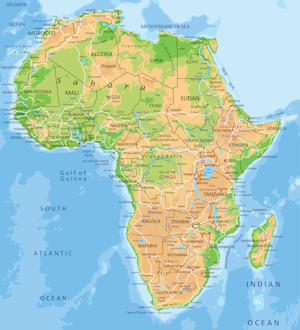 Click on the map of Africa to enlarge. Use the map to answer the following questions: