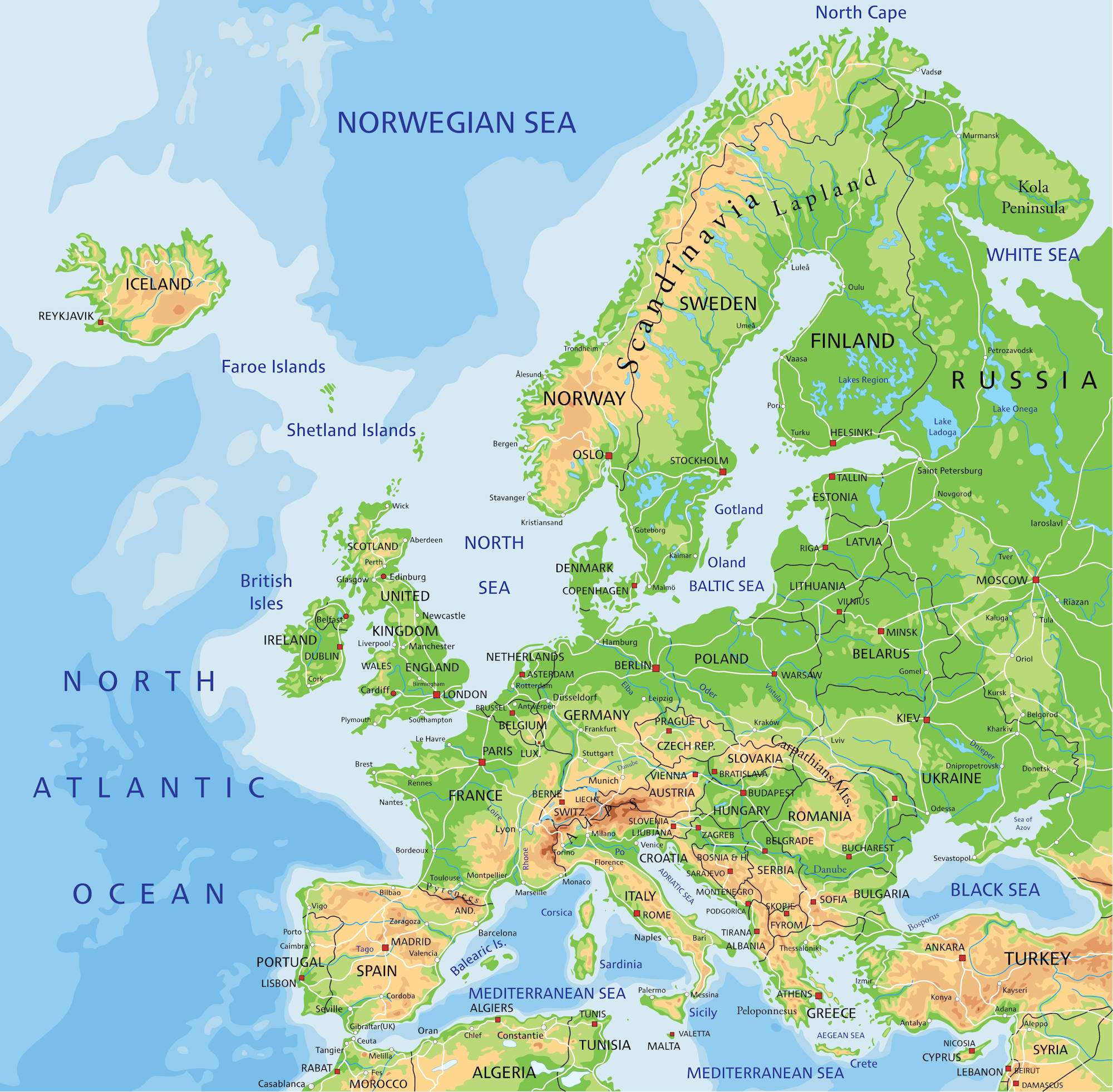 Click on the map of Europe to enlarge it. Use the map to answer the following questions: